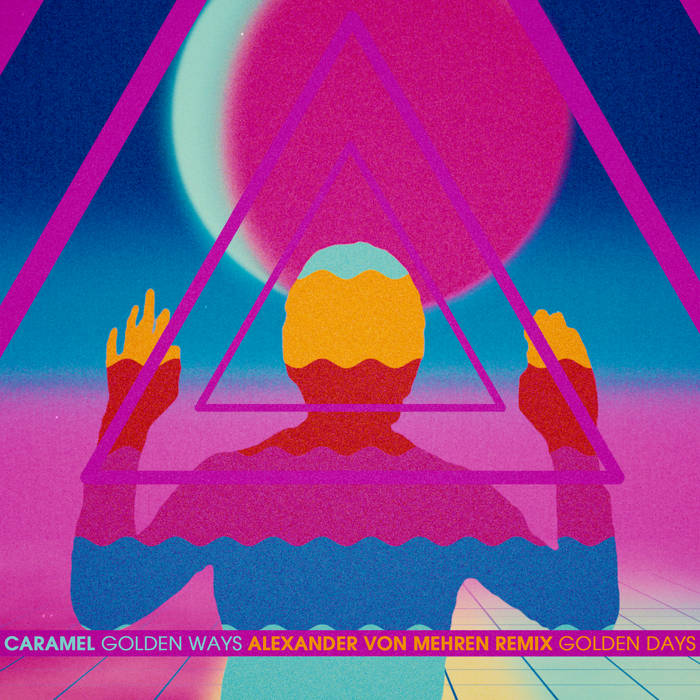 Released by The Control Group worldwide.

Golden Days is Alexander von Mehren's first release in five years, bridging the gap between his debut album Aéropop and his sophomore album to come. The track is a complete rework of British band Caramel's single Golden Ways and is also featured on Caramel's debut album, Deluxe Edition, released on CD and digital formats November 22nd via DuoPoly Records.

Approaching work on the track in the summer of 2019, von Mehren wrote a whole new composition inspired by Caramel's original single and dreamy Italian soundtracks of the 60s and 70s. Using a selection of Caramel's recorded parts, von Mehren completely rearranged the drum takes for a whole new swing and texture before spending almost every day for three months writing and recording new chords and melodies.

von Mehren wanted to retain the spirit of Caramel's album but still make the track fit properly into his own universe as well as give hints about the sound and mood of his forthcoming second album. The Norwegian musician and producer aimed for a groovy yet nostalgic feel (hence the title), with an almost cinematic vibe expressed through varied and rich instrumentation and contrasting yet interconnected parts.

In developing this soundscape, von Mehren experimented heavily with different equipment, connecting analog synths through one or more other synths and feeding different audio signals through different processing units, constantly trying to push himself and the track in new directions. Blending vintage instruments with modern approaches, von Mehren wanted to pay homage to the organic yet electronic feel of Caramel's music, aiming for the same kind of edge, style and playfulness as the original – with an always distinct melody in the center of it all.

Bandcamp Daily  your guide to the world of Bandcamp